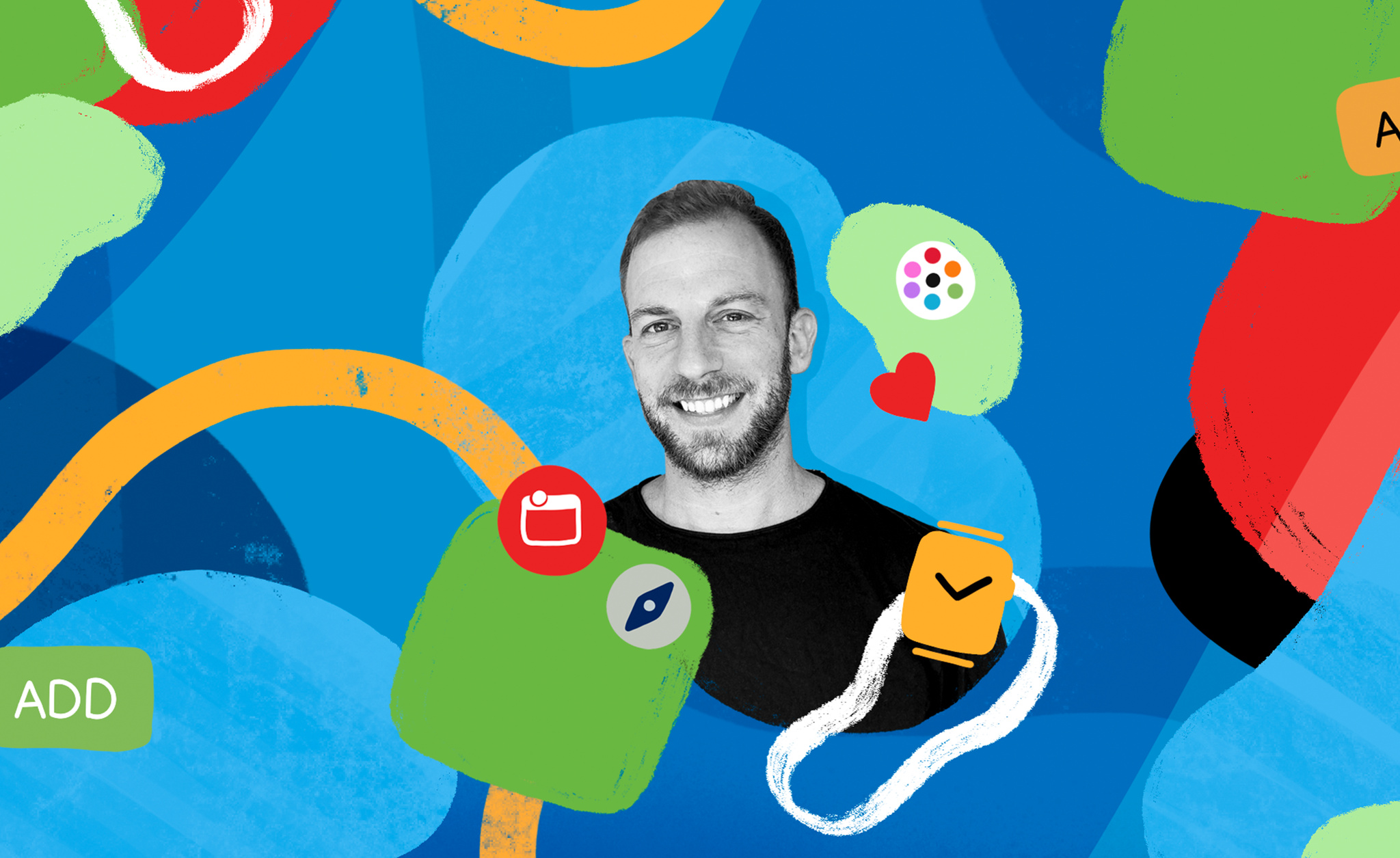 In 2015 he released the official Apple Watch game The Martian, based on the film starring Matt Damon. “You played directly from your wrist, interacting in real time with Damon’s character,” says Vardi.

His game studio, Little Labs, started by developing watch games before moving over to Vardi’s other Apple Watch interest: design. Facer is now among the world’s largest open marketplaces for watch-face creators, with more than 30,000 of them sharing their wares — joined by traditional watch brands like Mr. Jones, AVI-8, and Maurice Lacroix.

We spoke to Vardi from his L.A. home base to talk about bringing watch design to everyone and how to tell if an idea is truly original.

With *Facer*, your watch face is a blank slate — one that can be designed any way you like.

Who is Facer for?

Facer was always intended to be an open marketplace; we would make tools to allow non-devs to create watch faces without writing a single line of code. Anyone with a bit of design sense can create a watch face in literally 30 seconds. The bulk of faces today are coming from indie designers. But fairly early on we partnered with brands like Star Trek, Tetris, and Garfield.

What has this meant for the watch-design community?

The traditional watch world has always been very closed. There’s a group, mostly coming out of Switzerland and a few other parts of the world, that have historically had the privilege to design watches. A lot of people have dreamed of designing watches themselves but couldn’t. The smartwatch and watch-face worlds have opened up that opportunity.

How do you handle customer feedback for a community of Facer’s size?

We try to resist the inclination to start building because something feels cool. What feels cool to an engineer is not necessarily what feels cool to regular users, and those are the people you’re building apps for. For any new product or feature, we sit down, write out what it is, and come up with proof for why it’s going to succeed.

What advice do you have for developers who are just starting out?

If a product makes sense to you, you’ve probably already got competitors. Smart people tend to have the same ideas; if you’re really the first, there’s a good chance you don’t have the right one. So think hard about what makes you truly different. It’s easy to say, “Oh, my product is going to be better,” but you need to find that specific differentiating point. If you’re not confident about it, think some more or find another idea.

Download Watch Faces by Facer from the App Store