Self-professed “photo nerds,” Ben Sandofsky and Sebastiaan de With built Halide to mimic the tactile feel of a professional-grade camera — and that meant focusing on every detail, right down to fonts that simulate the classic etched-in-metal look of traditional cameras.

“We didn’t see any apps that did exactly what we wanted, like letting you dial in settings as you would with a DSLR or film camera,” says de With. “We wanted something more pro and elegantly designed.”

Alongside iOS developer Rebecca Slatkin, the pair have turned Halide into one of the App Store’s most popular pro camera apps, bringing histograms, waveforms, color zebras, and RAW+JPEG capture to all. Spectre Camera, the team’s remarkable long-exposure app, was named 2019 iPhone App of the Year.

We spoke with Sandofsky, Slatkin, and de With about overnight success and the challenge of being popular. 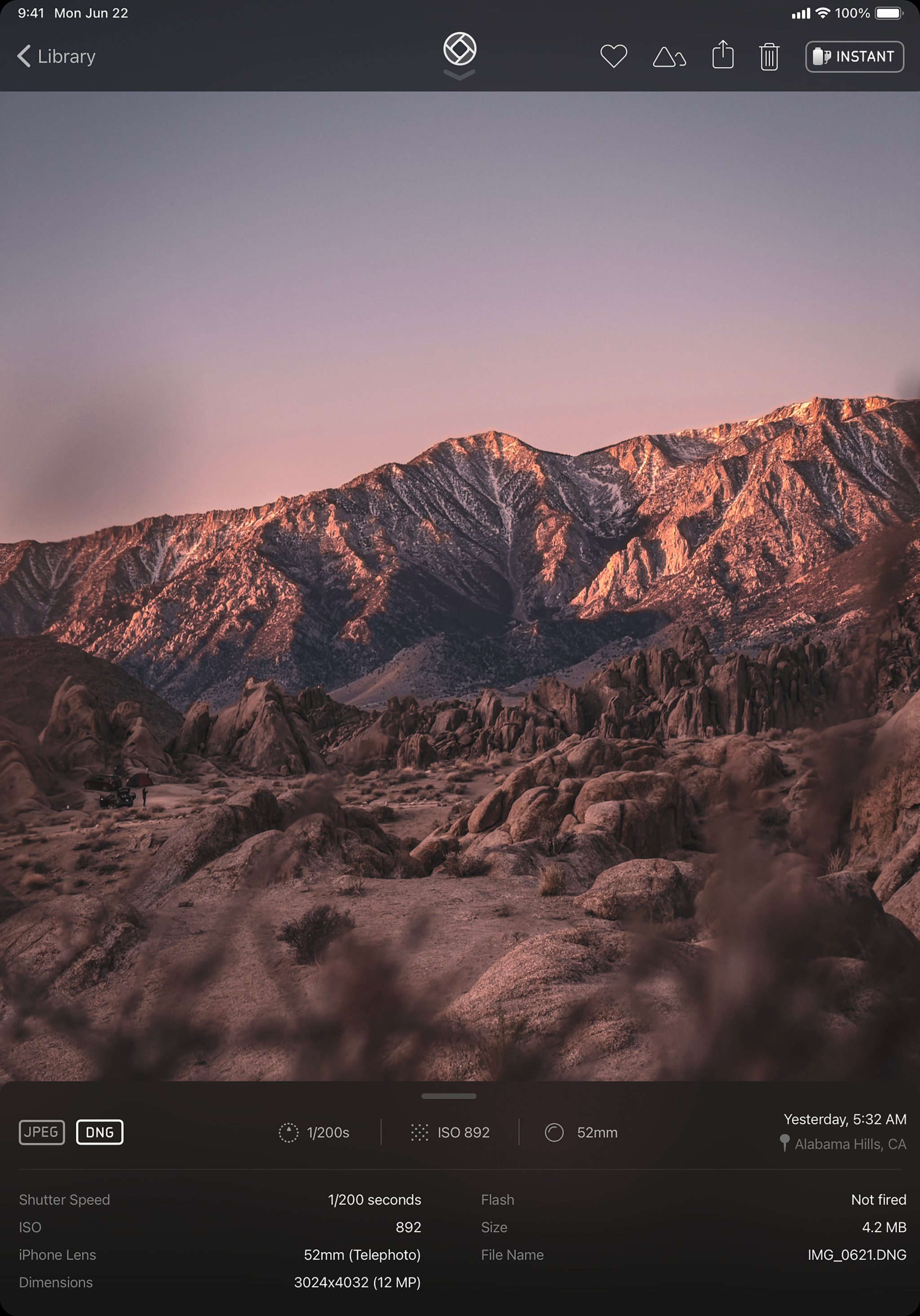 When did you decide to create Halide?

de With: Ben slid into my Twitter DMs back in 2016. We interacted about photo gear and tech, then decided to make an app as a pure passion project. When we launched, I remember my mother saying, “There are a lot of camera apps out there.” But Ben and I had to scratch this itch.

What’s been your greatest challenge so far?

Sandofsky: When Halide started getting popular. People liked it so much more than we could have guessed. That got us to realize it could be a real business — and that we needed help. At the start, we’d have never imagined hiring someone else to help us with Halide and then Spectre. To have Rebecca on our team is a dream scenario.

What did you have to learn to launch Halide?

Slatkin: I didn’t know a ton about photography, so I faced a steep learning curve. But my dad was a professional photographer, and we had detailed, technical conversations about what he’s dedicated his life to. It’s been great to connect on that.

de With: Rebecca made our app appeal to more than just hardcore photo nerds. She brings the perspective of someone who loves taking photos but hasn’t been shooting with a Leica M8 for a decade. We needed that. We’re making a pro-level app, but we want to be sure we’re still approachable for people as they grow as photographers.

Can you share one of your most rewarding moments?

Sandofsky: Sebastiaan curates photos submitted to us by users, and at the end of the year he makes a calendar just for the three of us. Looking through that calendar is wildly inspiring. To see people using what you made with friends to express themselves is one of the coolest things you can experience.

What advice would you give to aspiring app developers?

Slatkin: Trust yourself. Every time you feel overwhelmed or intimidated, know that things are within your reach. When I feel that way, I break things down into small problems.

Sandofsky: Don’t get caught up in measuring yourself against others. Sometimes it’s luck, but people usually reach success after a lot of hard work. People who look like overnight successes have actually been working on their craft for 10 years. Everyone’s journey is different, and setbacks will happen. Just stay focused on what you want to do and why you want to do it.