Skip to content
Gaming Halo Infinite: Multiplayer Will Be Free-To-Play, Says Retailer
July 31, 2020 CuttingEdgeTech 0Comment
Halo Infinite will feature a free-to-play multiplayer mode and run at up to 120 FPS on Xbox Series X, according to a retailer listing and other sources.

The section in question has now been removed, but the image below shows it in its original form: 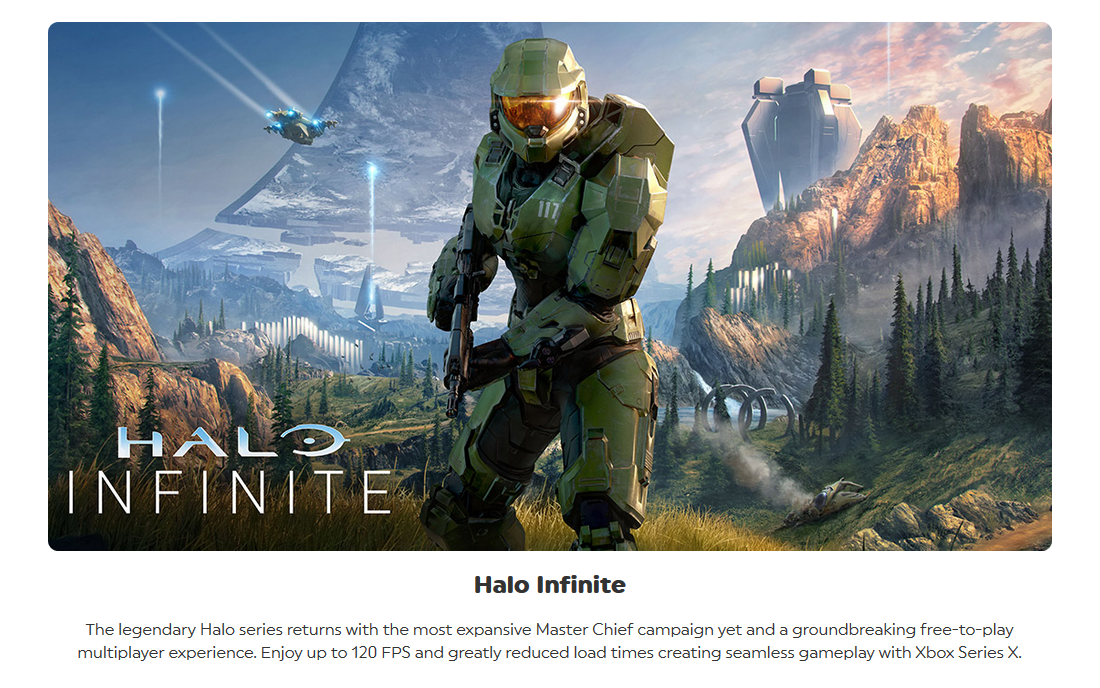 Both sources for Windows Central and noted Xbox insider Klobrille have since supported the claim that Halo Infinite’s multiplayer will be free-to-play. Klobrille adds that the 120 FPS is an aim for Arena mode on Xbox Series X, and that multiplayer will include a Battle Pass system, and feature types of customisation new to the Halo series. We’ve contacted Xbox for comment.

We’ve heard previously that Halo Infinite’s campaign will run at a locked 60 FPS, and the idea that multiplayer would both run and be released in a different fashion to the single-player portion fits with 343’s plan for Halo Infinite to become more of a platform than a standalone game in the series.

343 has previously had to counter rumours that the multiplayer mode would not be released at launch, and yesterday addressed criticism of the game’s visuals, saying “the team is working as quickly as possible on plans to address some of the feedback around detail, clarity, and overall fidelity.”

Joe Skrebels is IGN’s Executive Editor of News. Follow him on Twitter. Have a tip for us? Want to discuss a possible story? Please send an email to newstips@ign.com.